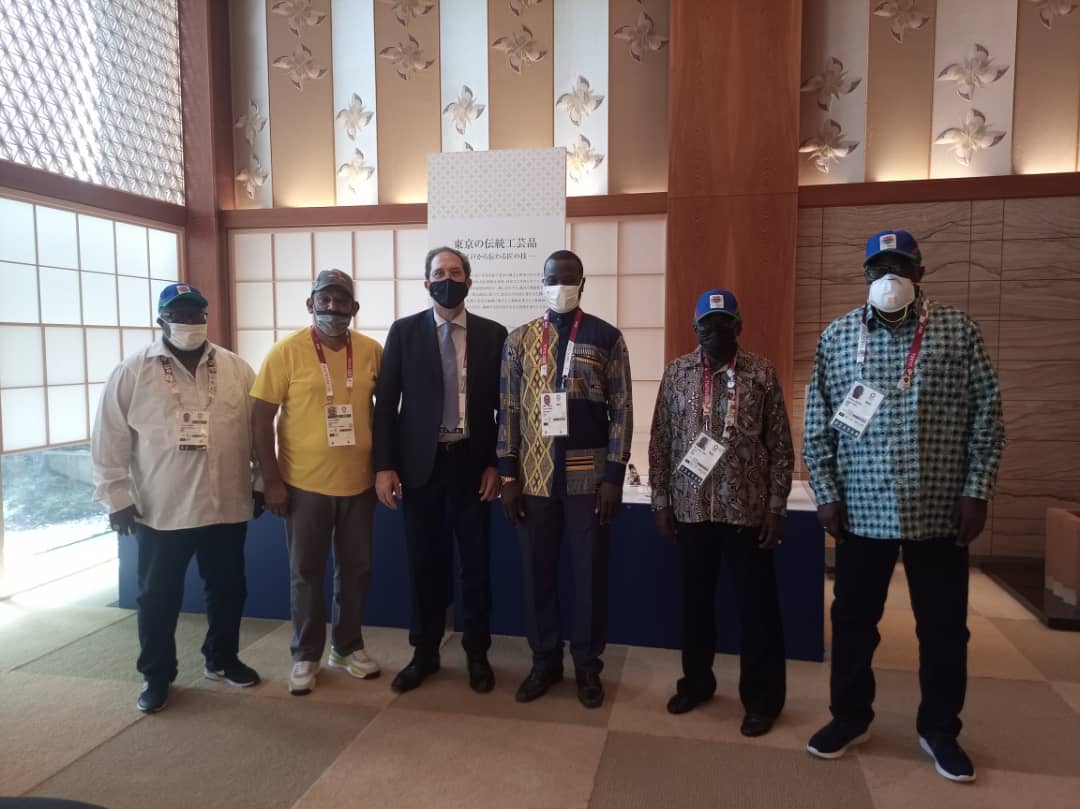 Tokyo, Japan, August 2, 2021 - The Gambia Minister of Youth and Sport Bakary Badjie and the GNOC officials on Monday hold a meeting with the president and Secretary General of ANOCA.

The meeting was primarily to discuss on how the GNOC can continue to leverage on it's cordial relationship with the ANOCA leadership in terms of infrastructure development.

The ANOCA president welcomed the Gambian Delegation and reaffirmed thr willingness of ANOCA to work with the GNOC in further development of sports in the Gambia. He also promised to consider assistance to Basketball and volleyball with equipment.

The Minister expressed satisfaction with the relationship between the GNOC and ANOCA and hope that it would continue to mutually be beneficial to all.

He concluded by requesting for more consideration to be giving to Gambian athletes.

Konya, Turkey, August 12, 2022 - When the Gambia arrived in Turkey for the Islamic Games, many thought they were just there to make up the numbers and won’t surely be a force to reckon with. But they have...

Bass is golden as she defend her 200m titles

Konya, Turkey, August 11, 2022 - Gina Bass made history after defending her 200m titles in the women's 200m at the ongoing Islamic Solidarity Games in Konya. Bass impressed with a timing of 22:63 to win the historic gold...

Konya, Turkey, August 12, 2022 - Gina Bass, Modou Gamo and Faye Njie were all awarded certificates of merit by the Commonwealth Games Federation following their incredible performance at the just concluded Birmingham 2022. Faye Njie finished with a...