Gambia To Play Gabon As Afcon Qualifiers Resume In November 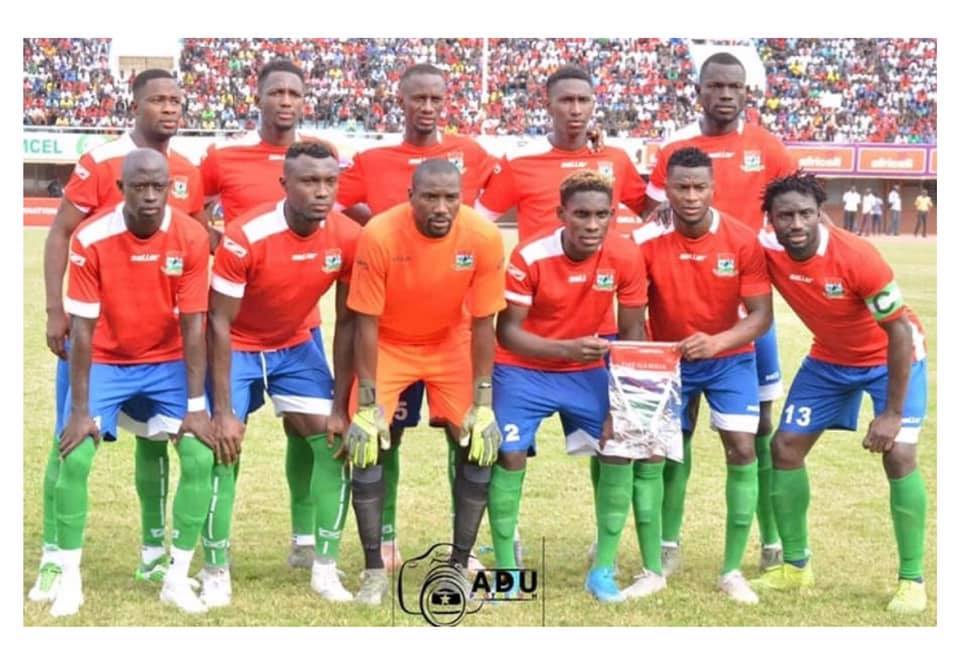 /
By ousjah
/
General News
/
0 Comment
Gambia To Play Gabon As Afcon Qualifiers Resume In November
The Gambia leads Group D on 4 points joint with Gabon but on a better goal difference +2. DR Congo and Angola are trailing on 3rd and 4th with the latter on zero point.
The Gambia is yet to feature at CAF’s flagship tournament. However, with Coach Tom Saintfiet at the helm of affairs for the gallant Scorpions, there is every reason of hope for the Gambia’s maiden appearance to Cameroon 2021.
The Scorpions opened their campaign with an emphatic 3-1 win away in Luanda after coming from behind with two goals from Assan Ceesay and a late Sulayman Marreh strike to take all three points away from home.
The victory was Gambia’s first away triumph in a competitive fixture for 36 years since the Gambia defeated Mauritania in 1983. This has highlighted the progress made under Belgian coach Tom Saintfiet.
The win was boosted by a home draw to DR Congo at One apiece.
Source: GFF