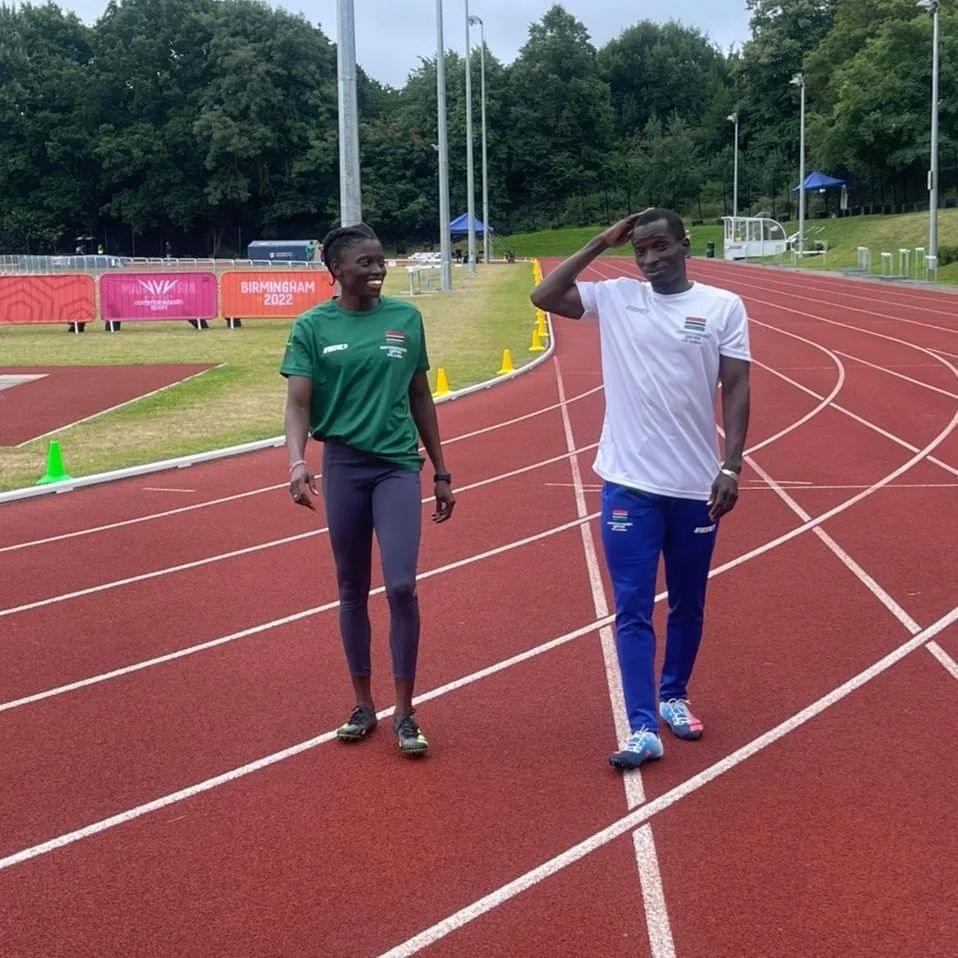 Birmingham, England, August 3, 2022 - Excitements are looming as Gambia athletics team step up their final touches into the 2022 Commonwealth Games.

5 athletes will participate in the 200m heats on Thursday at Alexander stadium in Birmingham from 10am onwards with 2019 African Games 200m winner Gina Basa leading that line up.

Wurrie Njadoe will run her first 200m for the country after missing the 100m earlier on finishing fourth.

Team Gambia captain Adama Jammeh is also ready to face off opponents in heat 8, Whiles Sengan Jobe and Alieu Joof will be in heat 3 and 4 respectively.

Olympian Ebrima Camara is set to compete in the men's 4x100 relay.