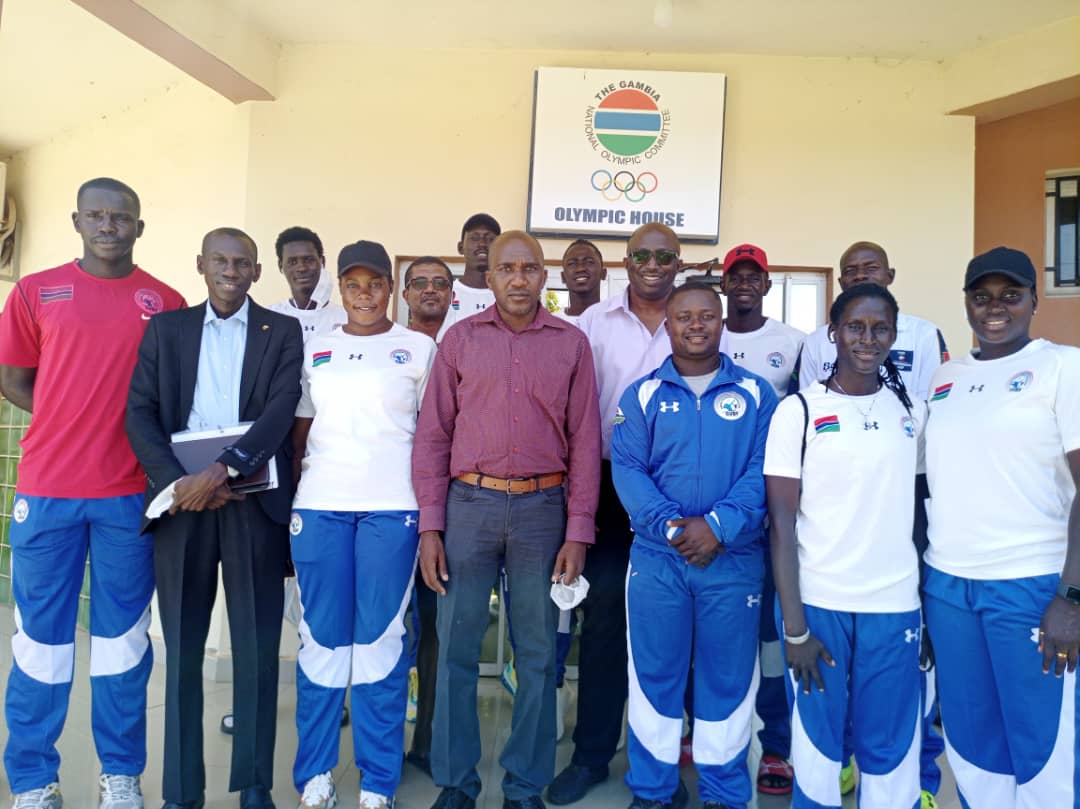 The team were received by the Secretary General Abdoulie Jallow, CDM for Tokyo 2020 Anthony Tabbal and the Executive Director Muhammed Janneh. The meeting was to show appreciation to the teams for their exceptional performance in the recently concluded CAVB beach volleyball Continental cup in Morocco.

The whole nation is proud of your accomplishments and your efforts to win the championship was well appreciated says NOC Secretary General. On behalf of the management we are sending our congratulations to  the male team for their bronze medal success and the female team for the great representation.

The president of Volleyball Gambia Bai Dodou  Jallow express his satisfaction with the preparation of the team being camped for almost a month. He added that the entire qualification process of beach volleyball was fully funded by the GNOC.

He however asked the GNOC to consider supporting the team to participate in the world tours which he described as the best route for qualification to games.