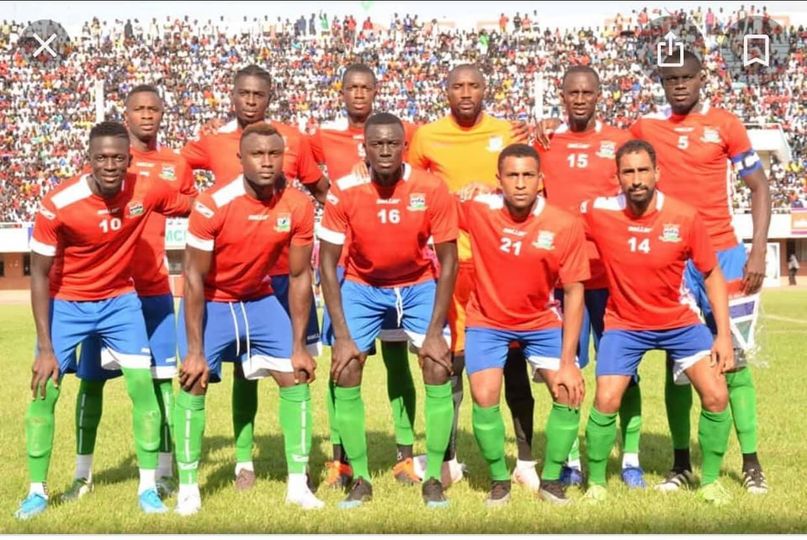 /
By ousjah
/
General News
/
0 Comment
Gambia National Men football team arrives in Libreville ahead of Gabon tie
Libreville, Gabon, November 9, 2020 - The Gambia National Team (Scorpions) have jetted into Libreville, ahead of the much awaited Afcon Qualifier match away to Gabon scheduled for Thursday 12th November 2020 in Franceville.
The bulk of the team converged in Brussels on Monday and boarded on a special flight been arranged by the GFF and the Gambia government en route to Libreville.
Earlier over the weekend, two inclusions mid fielder Ebrima Sohna and defender Bubacarr Sanneh have arrived with the Gambian contingent from Banjul, also been joined by forward Bubacarr Trawally and Goal Keeper Modou Jobe who arrived on Monday morning.
The team is scheduled to train on Tuesday afternoon for a recovery session before loading two sessions on Wednesday ahead of take off to Franceville for the Match day scheduled for Thursday 12th November 2020 at 20:00hrs.
Source: GFF