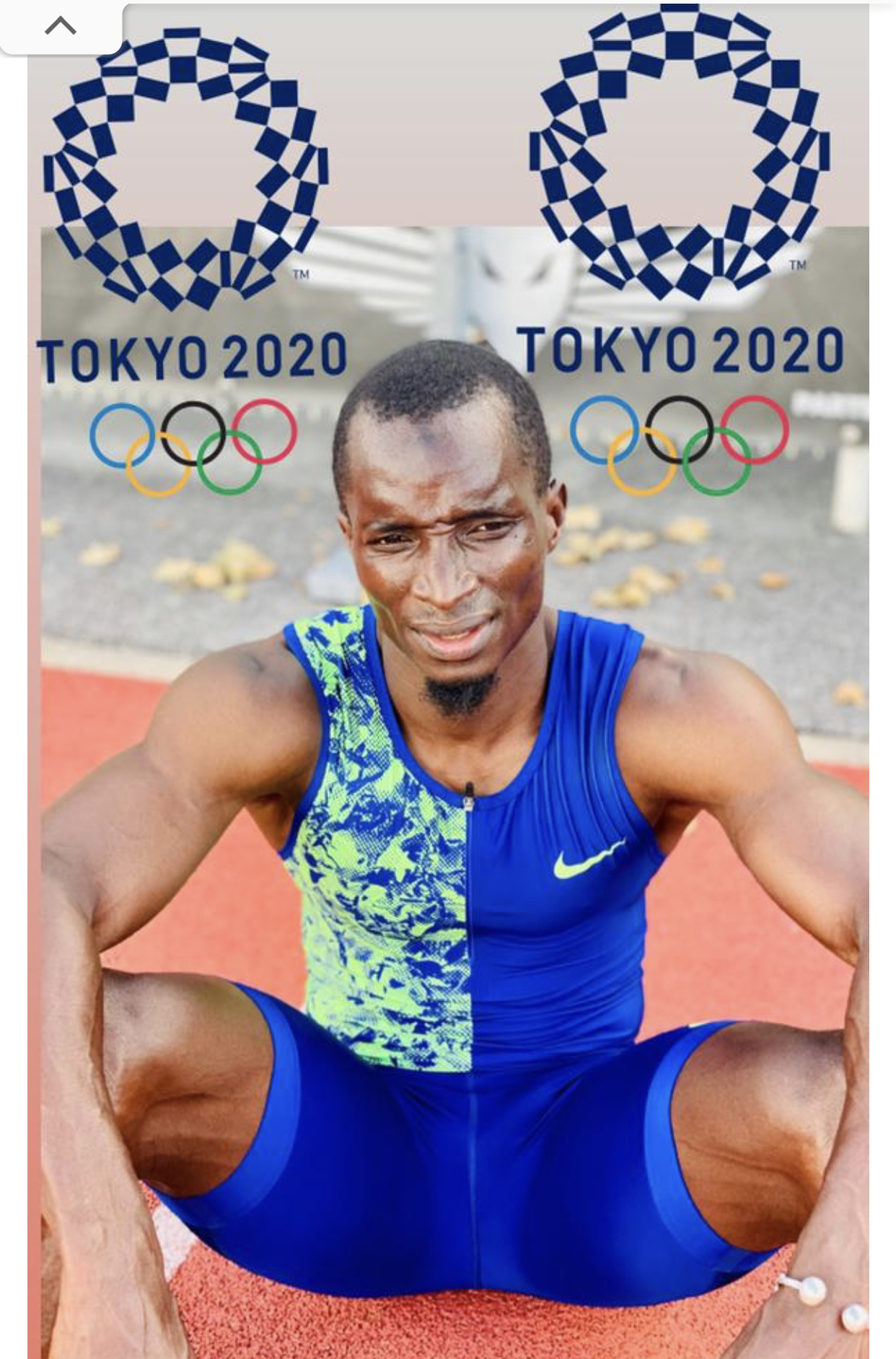 MEET OUR OLYMPIAN FOR TOKYO 2020

Ebrima Camara, Gambian’s 100 metres athlete who will be making his first Olympic Games appearance for the country at the 2020 Tokyo Olympic Games.
The 24-year oldwho has set his sight on reaching the semifinals said he is happy that he will be wearing the Gambian colors at the heights level of athletics competitions (the Olympic Games).He described competing at the Olympic Games as a dream for all athletes.

He further said that competing with the best athletes globally will serve as a motivation for him to even perform better.
The ambitious athlete also said that his preparations for the Games are going well and thanked The Gambia National Olympic Committee (GNOC) for their support.

“I am currently working hard to achieve my goals,” said the athlete who is currently in France continuing his preparations for the Games.
He noted that as at now everything is going well with him training and competing.
He appealed to Gambians for their prayers in ensuring they achieve the set goals.

Given that the African Championships have been cancelled, his only chance to qualify was to compete in Europe. He said that it was great that the The Gambia National Olympic Committee (GNOC) was proactive to arrange for them to go to Europe to compete for qualification spots. Camara added that they are appreciative of the GNOC who fully funded his and other athletes trip while the training center in Dakar facilitated their participation in various competitions.

Upon their arrival and first race in Paris Ebrima Camara finished with a timing of 10.17.
During their second race, Camara improved on his timing by a second, finish on a timing of 10.16 seconds, his seasons best and continue to train hoping to break this time during the Olympic Games.

Nesta as he is fondly called gained his first international experience in 2013 at the African Youth Championships in Warri, where he finished fourth in the 100-meter run in 10.91s.
He then finished the Junior African Championships in Réduit with 11.27 seconds in the lead and won the silver medal in the Gambian 4 x 400 meter relay in 3: 14.8 minutes.

Two years later he reached seventh place over 100 meters at the Junior African Championships in Addis Ababa in 10.91 s and finished sixth in the 4 x 100 meter relay in 42.00 s.
He then took part in the Africa Games in Brazzaville for the first time and was eliminated there with a timing of 10.60 s and 40.09 s in the 100 meters and 4 x 100 meter relay in the preliminary round respectively.

In 2017 he reached the semi-finals over 100 meters at the Islamic Solidarity Games in Baku , in which he was eliminated with 10.66 seconds. In addition, he finished fourth with the relay in 40.20 s.

The following year he participated in the Commonwealth Games held in the Australian Gold Coast over 100 meters with 10.50 s and with the relay team clocking 40.57s. He also ran the 200-meter race with a timing 21.58 s but that was not enough to qualify him for another round.

He also qualified for the World Championships in Doha , where he was eliminated with 10.38s in the preliminary round.