Dame Louise Martin: Commonwealth Day in 2022 is extra special for our Movement

HomeGeneral NewsDame Louise Martin: Commonwealth Day in 2022 is extra special for our Movement 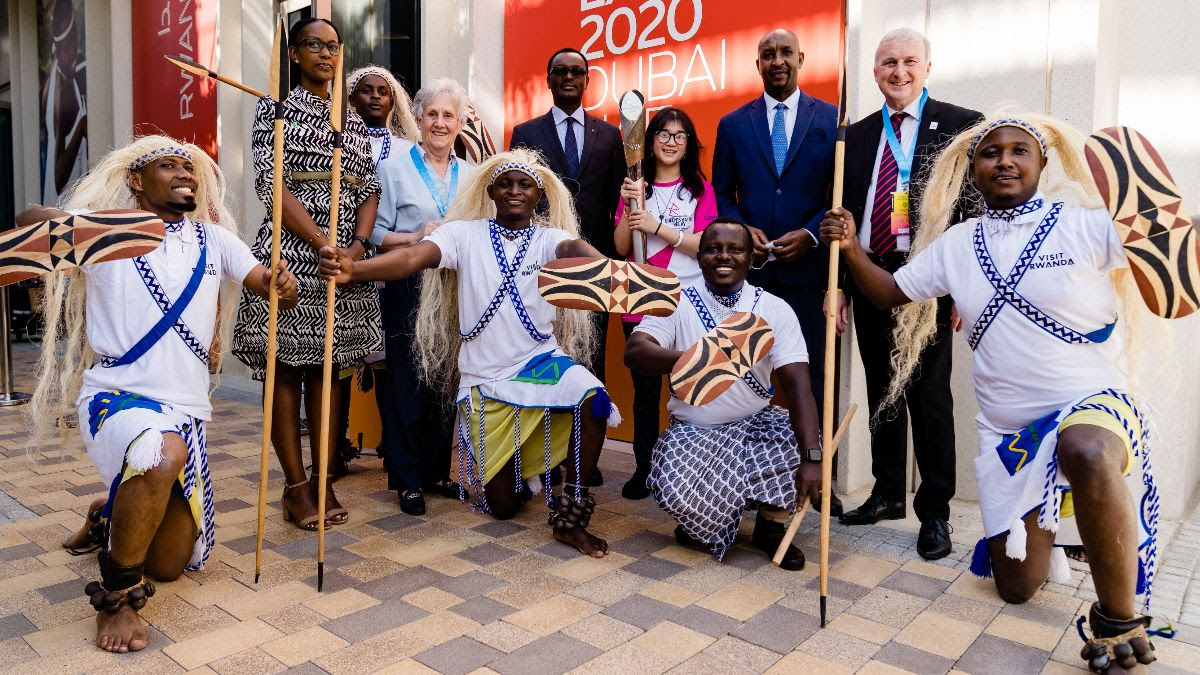 Commonwealth Day is such a special moment which binds our 72 nations and territories. It is a chance for us to reflect on our shared values.

This year, the theme is “Delivering a Common Future” and for the Commonwealth Games Federation (CGF), this means moving forward in friendship to deliver on our vision together. Our vision is using sport to build peaceful, sustainable, and prosperous communities across the Commonwealth. At such a difficult time in this world, when there is so much pain and struggle, upholding our vision and values of humanity, equality and destiny is more important than ever before.

There will be numerous celebrations across the Commonwealth, many of which will highlight the upcoming Birmingham 2022 Commonwealth Games. The Queen’s Baton Relay has now completed over half of its journey on route to the Birmingham 2022 Opening Ceremony. The Baton itself will be in New Zealand on the latest exciting leg of its epic journey. Hopefully a wonderful sunrise ceremony at the peak of Kaiti Hill in Gisborne will be a fitting moment for the Queen’s Baton Relay, with New Zealand being one of the first time zones to welcome in Commonwealth Day.

In the UK, I am privileged to be attending the Royal Commonwealth Society’s Commonwealth Day Service at Westminster Abbey with the Royal Family and numerous representatives from across the Commonwealth. It is always a special moment to be in the presence of the Royal Family, and especially so in this Platinum Jubilee Year. The world will see a Service that celebrates Her Majesty’s dedication to the people of the Commonwealth over the past 70 years, which profiles many cultural highlights The Queen would have enjoyed during her first Commonwealth tour in 1953-1954.

Meanwhile an event will be taking place in Birmingham at Alexander Stadium, the world class venue currently being redeveloped to host the Birmingham 2022 Ceremonies and athletics competition.

Commonwealth Day is always significant and this year, for the Commonwealth Sport Movement, it is extra special as this is Games year.

After a difficult two years, where we have been separated for so long, Birmingham will host our 72 athletes and teams as they come together again to compete in full stadia in front of passionate supporters.

It will be a wonderful event, that will provide another memorable moment for the country and the Commonwealth.

For the CGF, 2022 got off to an exciting start. Last month, we were able to announce an exclusive dialogue period with Commonwealth Games Australia (CGAus) and the State of Victoria to host the 2026 Commonwealth Games.

Since then, we have been working very closely with CGAus and Victoria, and last week, the CGF undertook an inspection visit to the State to monitor progress and view some of the potential venues that could be considered for the 2026 Games. I was delighted to be in Victoria in person as part of the delegation; it was a very positive and insightful trip. We are excited by Victoria’s bold and innovative vision for the Games. We now look forward to welcoming CGAus and the Victorian Government to the CGF Executive Board meeting this week in Birmingham.

Another exciting announcement was the CGF’s unveiling of the inaugural Commonwealth Esports Championships which will take place in Birmingham this summer. We are delighted to be working with the Global Esports Federation, the British Esports Association and the Birmingham 2022 Business and Tourism Programme on this exciting concept. This provides a unique opportunity for us to engage with a new audience. We know that 65% of the Commonwealth’s two billion citizens are under the age of 30. Finding new and innovative ways to engage with a young audience is therefore a priority for Commonwealth Sport, and that is where I believe esports will play an important role.

Last month, we were also pleased to launch our Athlete Advocacy Guiding Principles for competitors at the Commonwealth Games. These aim to help strengthen the athlete voice across Commonwealth Sport. It is the belief of the CGF that athlete advocacy and activism humanises, rather than politicises, sport. Under the guidance of CGF Athletes Advisory Commission Chair Brendan Williams, we want to encourage the positive and not police the negative. We trust our athletes to be inspirational leaders who will make a positive impact in everything they do.

With Birmingham 2022 just around the corner and with so much to look forward to, the future for Commonwealth Sport is brighter than ever.