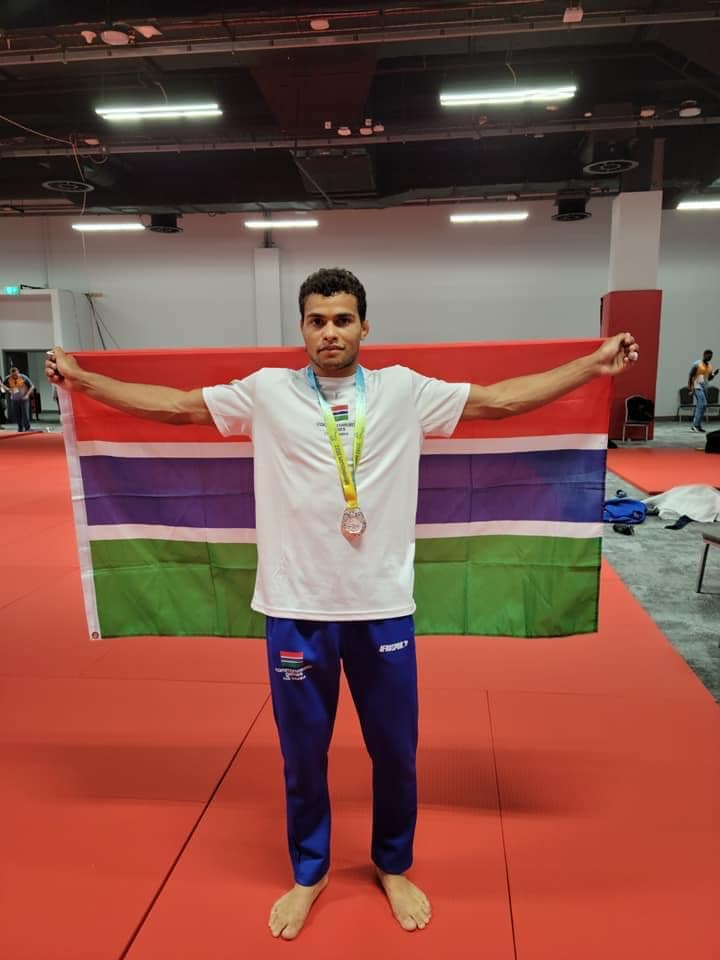 Birmingham, England, 8, August, 2022 - Sometimes sport throws up stories of human spirit that you cannot help but watch with a warm smile – as Faye Njie ending the country’s 52 years wait on a silverware at the commonwealth.

Winning silver medal in judo was quite a surprise for a country that has had its share of struggles. Gambia has felt a great surge of confidence due to this win that will help mend some of the difficulties and help Gambia to keep feeling the pride it has always maintained. Rank outsiders to win any silverware, Faye Njie cited the importance of being a global beater - a mission statement that we all struggled to believe at first.

Faye Njie’s poignant victory was not just the major story of Birmingham Games. This is one of the most emotional, most incredible stories in the history of Gambian sport. There was an amazing scene at Coventry, it really was emotional and anyone who saw it won’t forget it. But after beating all those who stand on his way, Njie’s incredible silver medal feat was not simply down to fate. He was a worthy winner. Beach volleyball in The Gambia has enjoyed a dramatic rise in the past few years and events over recent weeks indicate the small West African nation has no intention of slowing down its progress. Leading the way have been Gambia’s top pair Sainey Jawo and Mbye Babou Jarra. The team finished 5th at the commonwealth games, racking up two wins, and losing 2-1 in the quarterfinals to host England. A sensational run that took them this far, but what may seem like a quick rise was a long time in the making. They will return home as worthy winners.

‘’The golden era of Athletics’’

Gina Bass made name for herself in the women’s 200m, running in the finals whiles the men team made it to the finals of 4x100m, for the first time in our history. These are heroes of the nation that have sacrifice, fought, on behalf of Gambia either dead or alive. Para sport Modou Gamo, had the best life time achievement in his career, as he got a fourth place finished in Para powerlifting in the games, both swimming and boxing had their own proud moments at the games with individual brilliance.

However, the conclusion, although not many medals, the outing has provided a fairytale ending to a gloriously unpredictable game.