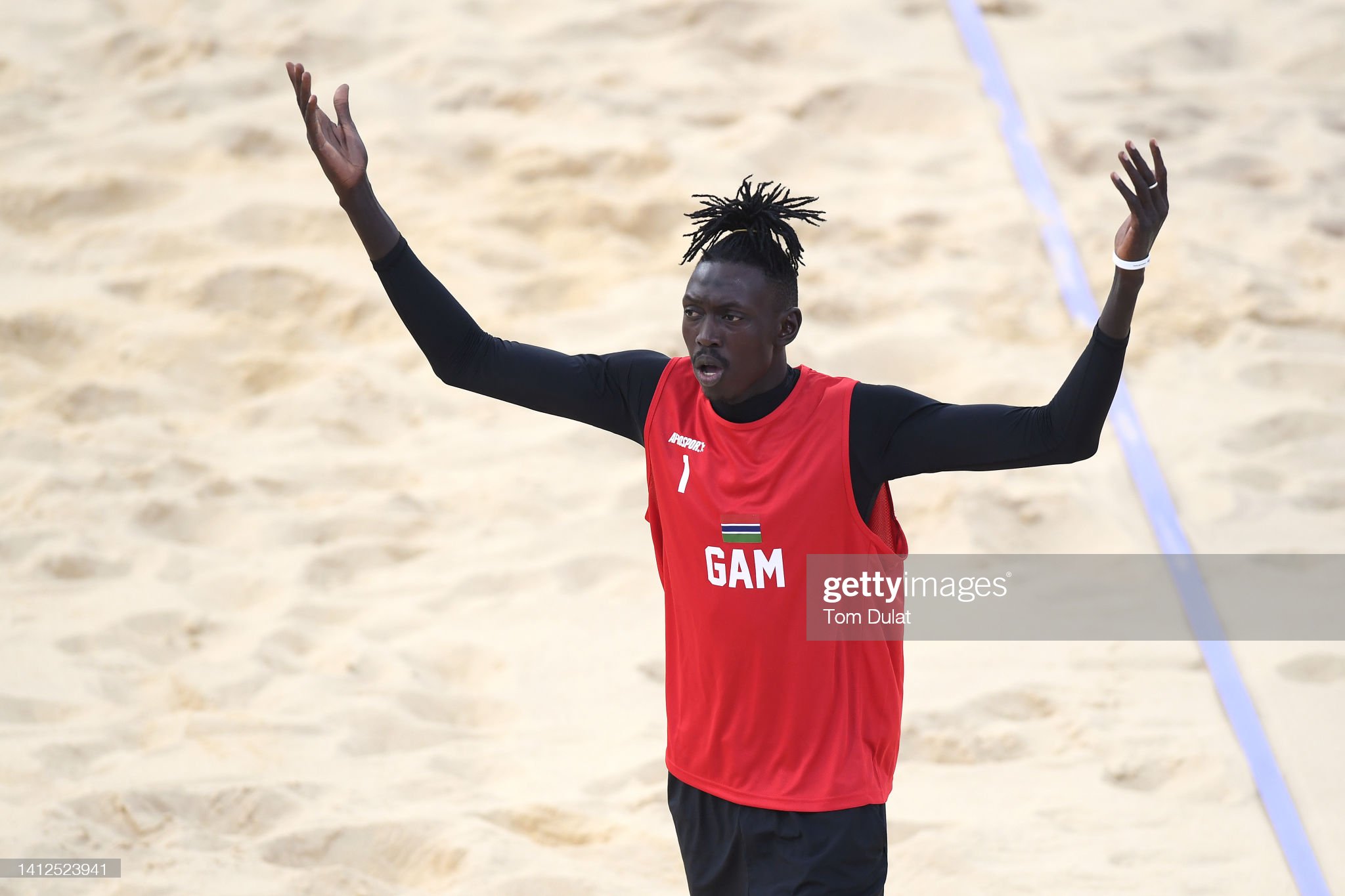 Birmingham, England, August 4, 2022 – Star sprinter Gina Bass and newbie Wurrie Njadoe are in the semi finals of the women’s 200m semis of the commonwealth games ongoing in England.

Bass, earned yet another milestone after running a timing of 22:87 finishing second in her heat whiles Njadoe had 24:12 which gave her a berth in the semis with fastest best losers.

Bass who is in her second commonwealth games, is now looking for a historic final in 200m, after missing the slot in the recently concluded World Athletics Championship in Eugene, USA. Njadoe representing Gambia for the first time, is now looking for a lifetime achievement. Both will run on Friday evening. The men counterparts all failed to progress to the next round.

Beach volleyball continue to surprised, after winning two of their pool matches, the team of Jawo and Jarra faced a Canadian side that tormented their unbeaten run. Gambia won set one 21-17, after a resounding fight, Canada bounced back in set two to nailed it 21-19 after a tight contest, in the deciding set Gambia made few errors that gave Canada the breathing space to win 15-11.

Gambia now faces a baptism of fire when they play host England on Friday.