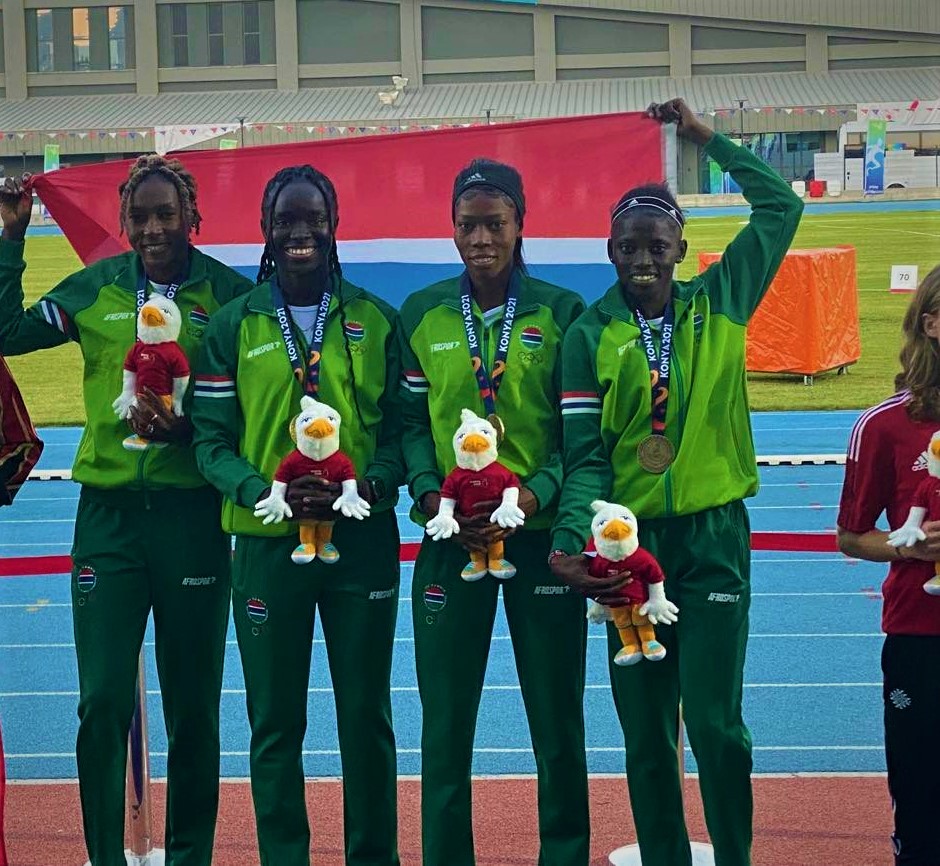 Konya, Turkey, August 12, 2022 - When the Gambia arrived in Turkey for the Islamic Games, many thought they were just there to make up the numbers and won’t surely be a force to reckon with. But they have proved everyone wrong and have shocked in outrageous fashion. Team Gambia that comprises of 23 athletes have enjoyed one of the most spectacular outings in the history of the Games winning two gold medals so far.

Gina Bass made history for herself after winning the 200m finals, a title she won in 2017 at the 4th Islamic Games in Baku. She came to the Konya Games with renewed hopes and confidence to mark her name in the athletics hall of fame and history she made, becoming the most decorated Gambian track and field athlete to date.

However, the icing on the cake, was the 4x100m relay team of The Gambia, quartet Gina Bass, Wurrie Njadoe, Ola Buwaro and Maimuna Jallow. The Gambia has produced some brilliant displays in athletics at the games and few teams have been able to match them for quality but, have some hurdles to negotiate before they claimed the Holy Grail.

The Gambia earned the final berth after the organizers confirmed that only eight countries registered, thus giving the West African Nation only one hurdle to get to the dreamland. In the finals on the evening of Friday August 12th, Gambia was on the track for once last chance to make a name for herself. They face Turkey, Bahrain, and other household names in the business.

When Ola Buwaro stepped up on the starting lane with the baton confidently held, one could see history in the making, Buwaro did a sprint of her life, getting to Wurrie Njadoe in the second lane, the US based sprinter, closed down the gap as she gave the baton to Maimuna who maneuvered through to look for Gina Bass for a run that would go down in the history books. By the time Gina was 60 meters from the finish line, you could hear the chants from the fans, ‘’Gina Go’’. It was this moment that, the spectators realized that Gambia meant business. They nailed with a new national record and a new ground record of 43:83 seconds.

They are history makers, and for many years to come Gambia will remember this team that brought hope and merit to our sport, but for now let us all enjoy the moments.